Find the best deal, compare prices, and read what other travelers have to say at TripAdvisor 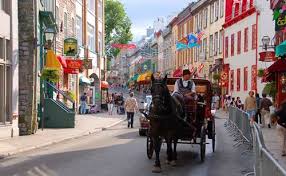 The distinct landmark, the Chateau Frontenac, is the most photographed hotel. This centuries-old architecture overlooks the city. Construction began in 1892 and has been expanded several times over the years. In 1926, a fire destroyed part of the building. 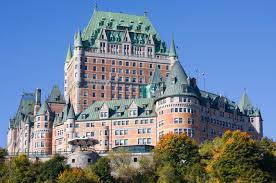 Located next to the Chateau is the Dufferin Terrace. Here riding the toboggan run is a favorite activity. Adventure seekers move downhill at speeds of up to 70 km an hour. 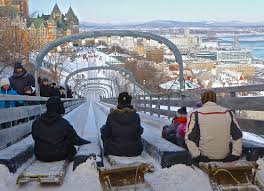 Quebec has fortified walls and imposing gates, a Citadel with changing of the guards at Artillary Park and fortresses. 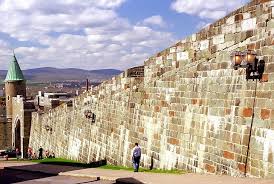 The Quartier Petit  Champlain is the place for window shopping. The areas boutiques, restaurants, shops and art galleries line the cobblestone streets. This area is a magical fairyland scene with holiday decorations and twinkling lights during the Christmas Holiday season. Colorful, decorative shops and sophisticated designer and artisanal boutiques line the streets along with souvenir shops and cafes. The Rue Saint-Jean has the European vibe! Here clothing boutiques and unique purchases are found. There are over 10 streets and neighborhoods for strolling and shopping. 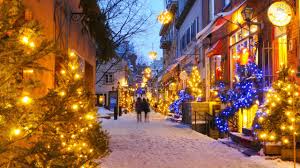 The St. Lawrence River which cuts across Quebec has played a role in the city’s economic development. Harbor and trade activities flourish here with cruise ships docking in the New Port of Quebec. This public market place finds a park and bicycle paths for exercise. The nearby Aquarium of Quebec provides outstanding views of the waterway. The Promenade Samuel-De Champlain located at the water’s edge is an outstanding walk.

The Sainte-Anne-de-Beaupre Shrine is located north of the city. More than a million visitors are welcomed every year and is a place for ‘miracles’ over the past 350 years. The Shrine is a neo-
Roman style with a golden statue of Saint Anne. This Shrine in the Cote-de-Beaupre region has glorious stained windows with high pillars and ceilings. 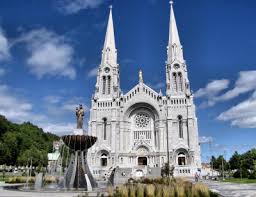 The Montmorency Falls Park is a natural phenomenon at 83m high. The best views are from Parc de la Chute-Montgomery and experience the spray and force of the falls. Gondola rides cross the falls. 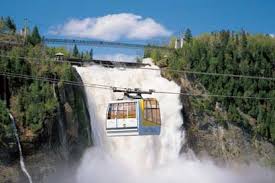 The Plains of Abraham are the lungs and heart of Quebec City. Here was the scene of the 1759 battle between Wolfe and Montcalm. Today, it is one of the world’s largest and finest urban parks. Whether you are walking, picnicking, cross-country skiing or bicycling, this is the place to meet up with friends. At the 400th Anniversary, Paul McCartney and Celine Dion performed at the event which is celebrated every June 24.  The Musee national des beax-arts du Quebec, a short distance away, is renowned for its exhibits of Quebec art.

Parliament Hill is the location that Quebec’s National Assembly convene. The Fontaine de Tourny was awarded a gold medal at the Paris World Far in 1855. Today, it stands as a legacy of Quebec’s 400 anniversary celebrations. It has 32 water-themed sculptures with 43 jets which is lighted in the evenings.

Located in the countryside, are historic churches, farms and heritage homes. These can be seen while traveling from one village to another. During the season, fresh strawberries, apples, breads, wines, ice ciders, liqueurs and other local delicacies can be purchased.

Outdoor activities are extensive. Hiking, canoeing, fishing, camping, kayaking are enjoyed among the breathtaking atmosphere. During the winter months, snowshoeing, cross country skiing, skating and dog-sledding provide cold weather activities. Racing down the slopes on ski hills is a competative sport. Also, not to miss is North America’s only Ice Hotel and the world’s biggest winter celebration – the Quebec Winter Carnival and the largest winter playground in America – Village Vacances Valcartier.

Accommodations include hotels, motels, cottages, condos, apartments, bed and breakfasts and campgrounds. At present, there are 293 possibilities. 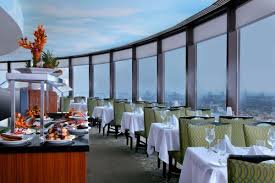 Visiting Quebec, visitors can create their own discount passports. Discounts on accommodations, activities and dining are available.